We were bombarded by requests to shoot Melania,” GQ editor Dylan Jones said when asked about our January 2000 nude shoot with Melania Trump, after we had dug through the archives and published the images online in March 2016. “Given that she was obviously so keen to be featured in GQ, we came up with a rather kitsch and camp story for her to feature in.” Donald Trump also requested that photographs be delivered to his office. “We framed the cover and a selection of prints and sent them as soon as we could.”

It appears the First Lady is rather proud of the images: the new White House website lists the cover shoot as one of her greatest achievements. Recently it has become a source of controversy as questions are raised over how Melania secured her US visa.

Now you know the back story, scroll down to see the article and images that were originally published in the January 2000 issue of British GQ.

There was a time when the Mile High Club was a stand-up organisation. The price of entry was a stolen moment in the cramped and hardly seductive surroundings of a 747 loo, and the penalties for being caught were harsh. Which is a shame when you consider the undeniable frission travelling at 30,000 feet adds to any assignation. Now airlines have wised-up, with Virgin Atlantic offering double beds to its Upper Class passengers. But if you’re going to get that all-important upgrade, then you’re going to have to join the jet set. And there are rules.

Enter high-spirited Donald Trump to show us how it’s done. The billionaire New York property magnate, Reform Party presidential candidate and proud owner of this custom-fitted 727 (even the seat buckles are 18-carat gold) is an expert in the art of in-flight entertainment. And his personal hostess, 26-year-old Slovenian supermodel Melania Knauss, might just end up as the next First Lady. Flight of fancy? Not if The Donald has his way..

Heavyweight political commentators may scoff, but the delectable Miss Knauss is relishing the prospect of a future pressing the flesh on state occasions. “I will put all my effort into it, and I will support my man,” she said recently.

“She’s popular, she’s brilliant, she’s a wonderful woman,” says Trump with uncharacteristic understatement. And who are we to disagree? Not only does she manage to keep a man fabled for his erections (the latest is the Trump World Tower on New York’s First Avenue) on the right flight path, but she’s also fluent in four languages. Very handy for those summit meetings.

“I’m going to do everything I can do see that regular Americans can fly as high as their wings will take them,” says Trump. He’s got our vote.

Swimming Pool Filter What is the purpose and how does it work? How often should I run and clean my filter? What... read more

Total Hardness   Total hardness is the total amount of dissolved minerals that have built up in your pool water. The... read more

Important Pool Water Maintenance Tips Every Pool Owner Needs To Know If you have a pool and want to make... read more 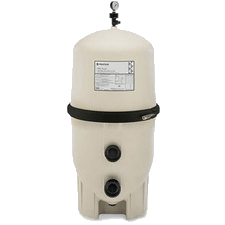 Al, Nice speaking with you today. As discussed, I represent a company called Pool Troopers. In case... read more

Causes Of Algae What causes it? What can you do to prevent it? Causes Of Algae Algae spores are everywhere. These microscopic single-cell... read more